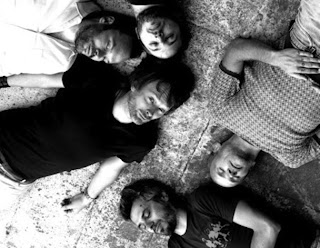 In contrast, there is Everything Everything, a new-ish British band learning the right lessons from Radiohead's golden age, and building on them. It's no surprise that I think their second album, Arc, leaves Atoms for Peace in the dust. To read more about why, click over to the main site, and then come back here to tell me what you think.
Posted by Andre Salles at 6:00 PM