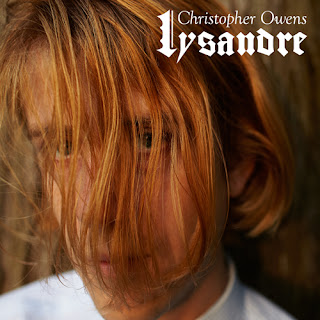 Former Girls frontman Christopher Owens has a fascinating life story. He spent his formative years in Asia and Europe before returning to the United States as a young adult, and falling in with a religious cult, which he only escaped years later. You would think this would translate into interesting music, but so far, it hasn't.

Lysandre is the first album Owens has released under his own name, and it's a conceptual piece - its 11 tracks tell the story of the first Girls tour, and of a French woman he met while on the road. It's meant to be listened to as a single 28-minute piece of music, but it's obvious that this is Owens' first stab at this kind of thing. He bases it around a charming little flute melody, which first appears as "Lysandre's Theme," but instead of finding thematically relevant ways of working that theme into the rest of the piece, he just restates it over and over. The first six songs all contain this theme, often just pasted on at the end, and track 10 is another repetition of it. I get what he was going for, but the execution needs work.

As for the songs themselves, they're in the same mediocre '50s-pop mold as all of Owens' Girls material. The lyrics are frustratingly banal - the song in which Owens' heart is broken is called "A Broken Heart," for example - and the tunes stick to basic chords and lackluster melodies. I give Owens credit for ambition. He really does try to present a cohesive work, and the instrumentation, including flutes and saxophones, is interesting. Given time and practice, I think he'll get better at this sort of thing. For now, Lysandre can only be called a noble failure.
Posted by Andre Salles at 7:37 AM