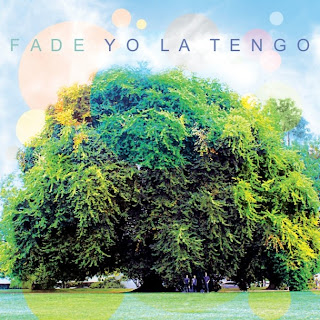 Yo La Tengo's 13th album is my first new release of 2013. It's a curious, hushed, peaceful way to start the year.

It's been nearly three decades since the first YLT album, and in that time, the New York band has quietly carved out a unique space in the landscape. They've explored all kinds of terrain, from acid-rock freakouts to jazz to electro-pop. Their records regularly blow past an hour in length, and songs can stretch up to 18 minutes. They're an unrestrained and powerful band, but they've always had a tender streak to go with their stylistic game of leapfrog.

So what to make of an album that spans only 45 minutes, with the longest song clocking in at 6:47, and with most of those songs given over to quiet, almost reverent, atmospheric folk? This is the shortest YLT album since Fakebook in 1990 (which makes it the shortest ever with the current trio lineup), and the most sedate. Ira Kaplan cranks up the amps on opener "Ohm," with its Krautrock beat, and skips through rocker "Is That Enough," but even those sound reserved.

And from there, the album barely rises above a whisper. Ironically, I could listen to some of these sweet little songs - "I'll Be Around," "Two Trains," delightful closer "Before We Run" - for 10-plus minutes without an issue. Nothing here is very memorable, and Kaplan's voice is still an acquired taste, but it turns out that when Yo La Tengo aims for pretty, they often end up with gorgeous. Fade sounds like an album made by a 20-plus-year-old band - confident, contemplative, graceful and elegant.
Posted by Andre Salles at 11:41 AM